Addition of a test station to an assembly line.

For this project, we use two 6-axis robots (cobots) in the test station: the first 6-axis robot brings the camera, the lighting unit and a laser triangulation system into position to perform various control tests; the station can be rotated by means of a motor and is equipped with an incremental encoder. The second 6-axis robot, which is equipped with an automatic gripper change system, removes the component after it has successfully passed the inspection and places it in a Kolox box. The robot also has the additional task of placing the intermediate shelves in the Kolox box. 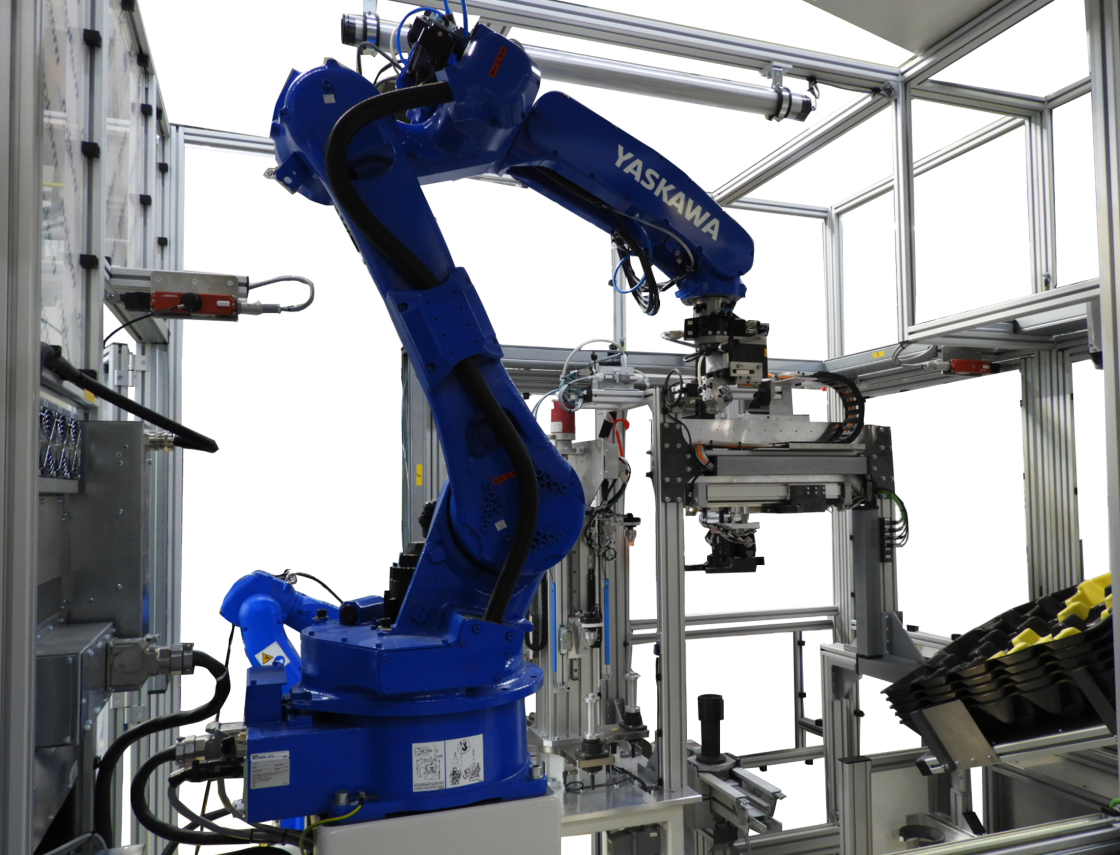